NEWS
TOUCHING THE PAST, a play about Nancy Astor, Britainâs first female MP
STORM feature film based on the SASâs secret war in Oman is in pre-production with director R. Paul Wilson
NIGHT, a new play, opens at The Old Library, Bodmin December 2019
ALL AT SEA, feature film comedy, was released in September 2019 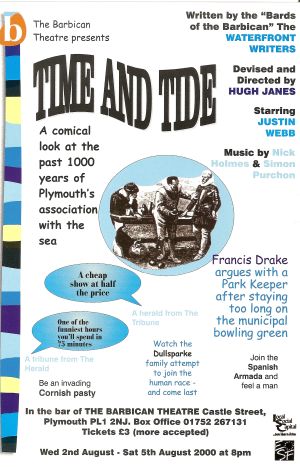 A comical look at 1000 years of Plymouth's association with the sea.

Written with the 'Bards of the Barbican', The Waterfront Writers.